How to Torment the Teething Teenager Further! 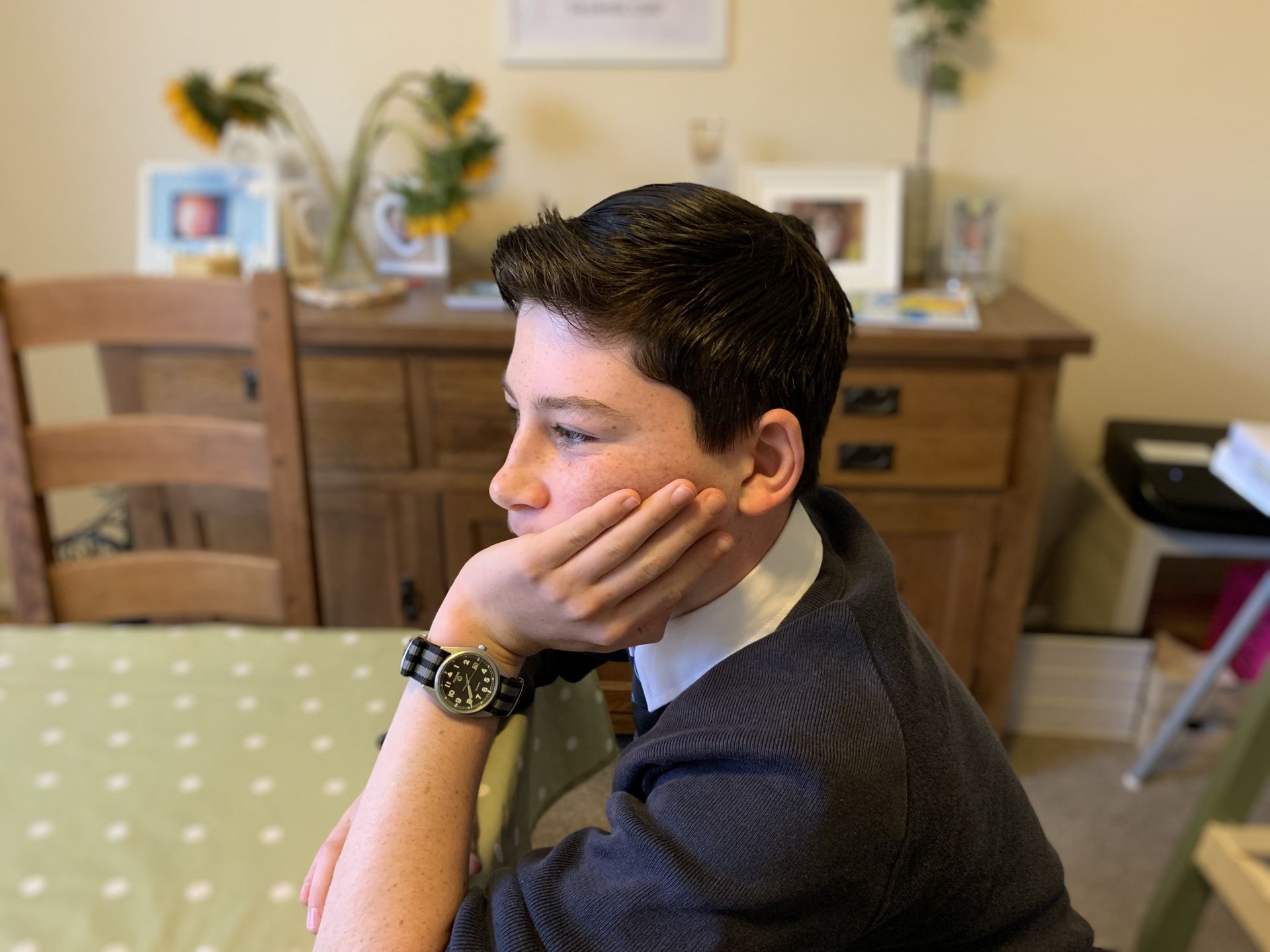 So our pretty easy going teen of the house has recently been showing us signs that we may have Kevin or Perry living under our roof. What with the extra loud huffs when we ask him to take his own plate to the sink and then the umpteen ‘jeezs’ that are muttered under his breath when asking him to undertake basic tasks such as brushing his teeth, and added to that a general air of arrogance that could rival that of a smug politician, then the lack of thought to anyone else around him, he can be very trying. So I know it may sound a little brutal as yes we know we’re lucky that we have a teenager who’s not causing us too much drama but we do like to ask a lot in our house and so we would preferably like a slightly more agreeable pleasant teenager. Is that too much to ask? Yes it is, I know, I know we’re expecting too much. So cue a new tactic to torment the teenager and hopefully buy us more time before the terrible teens really hit us.

Mid-teenage huff we had been discussing the fact that he hadn’t been a family team player so cue a genius idea. Daisy has earlier suggested that our pet tortoise should be looked after by us all not just her, as the novelty of caring for Tommy is slightly wearing off for her. Now the teenager finds the tortoise irritating, boring and a pointless pet. He often revels in telling his sister this fact and always groans if he is asked to return him to his tortoise house. With slight glee we instruct Daisy to make up a rota for Tommy’s care and to be sure to include the teen for at least 2 days worth of responsibilities. And trust me on this one a tortoise needs more care then we ever realised prior to owing one! 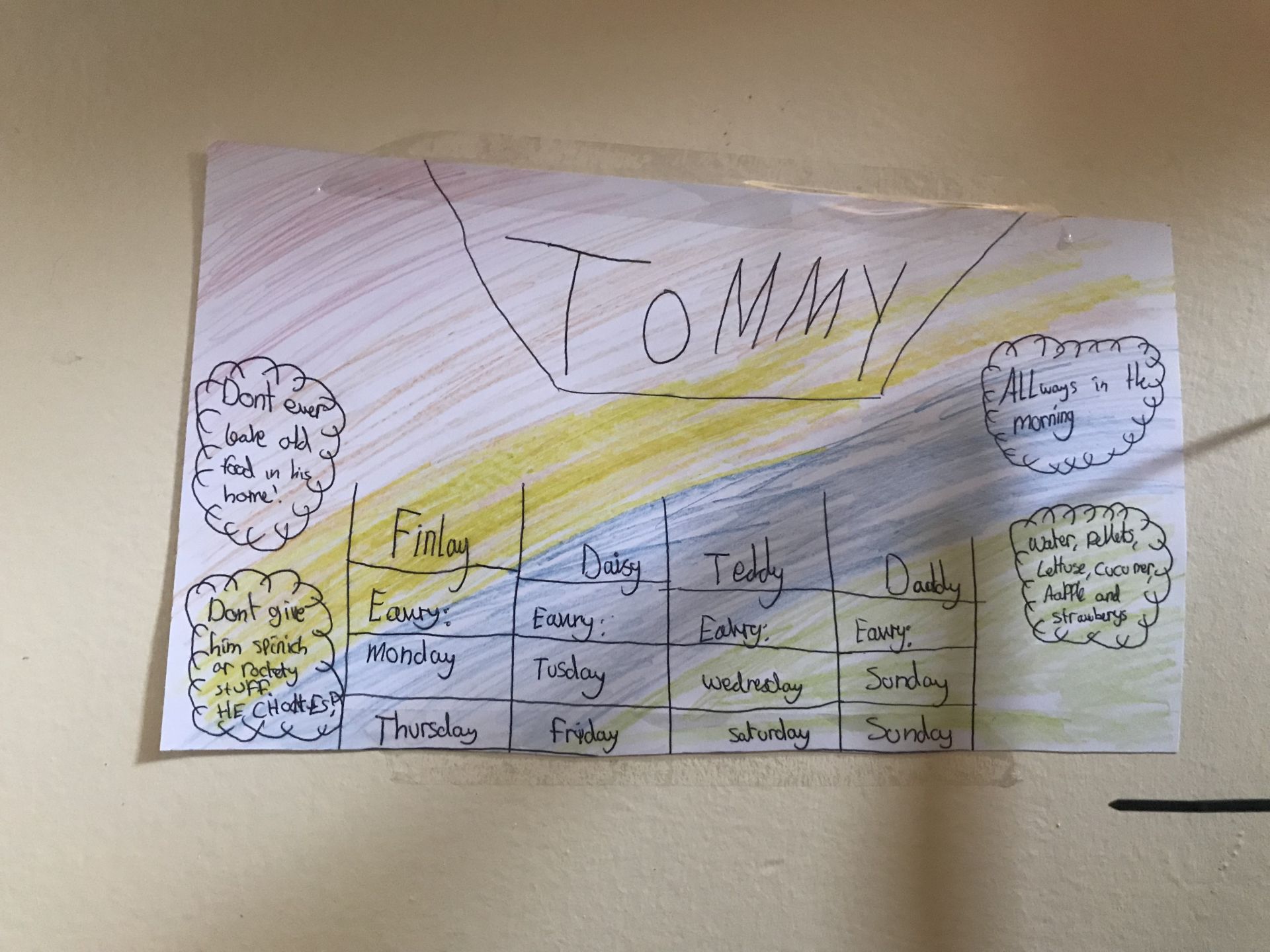 So Monday came along and unknown to the teenager his day for tortoise care. He arrived off the bus from school and decided in true irritating big brother style to wind up his sister in front of her playdate friend and then was a sarcastic pain in the butt to me. I ignored this clever provoking behaviour and instead with a straight face explained to him what he needed to do that evening, get changed, homework, play outside and see to the tortoise… 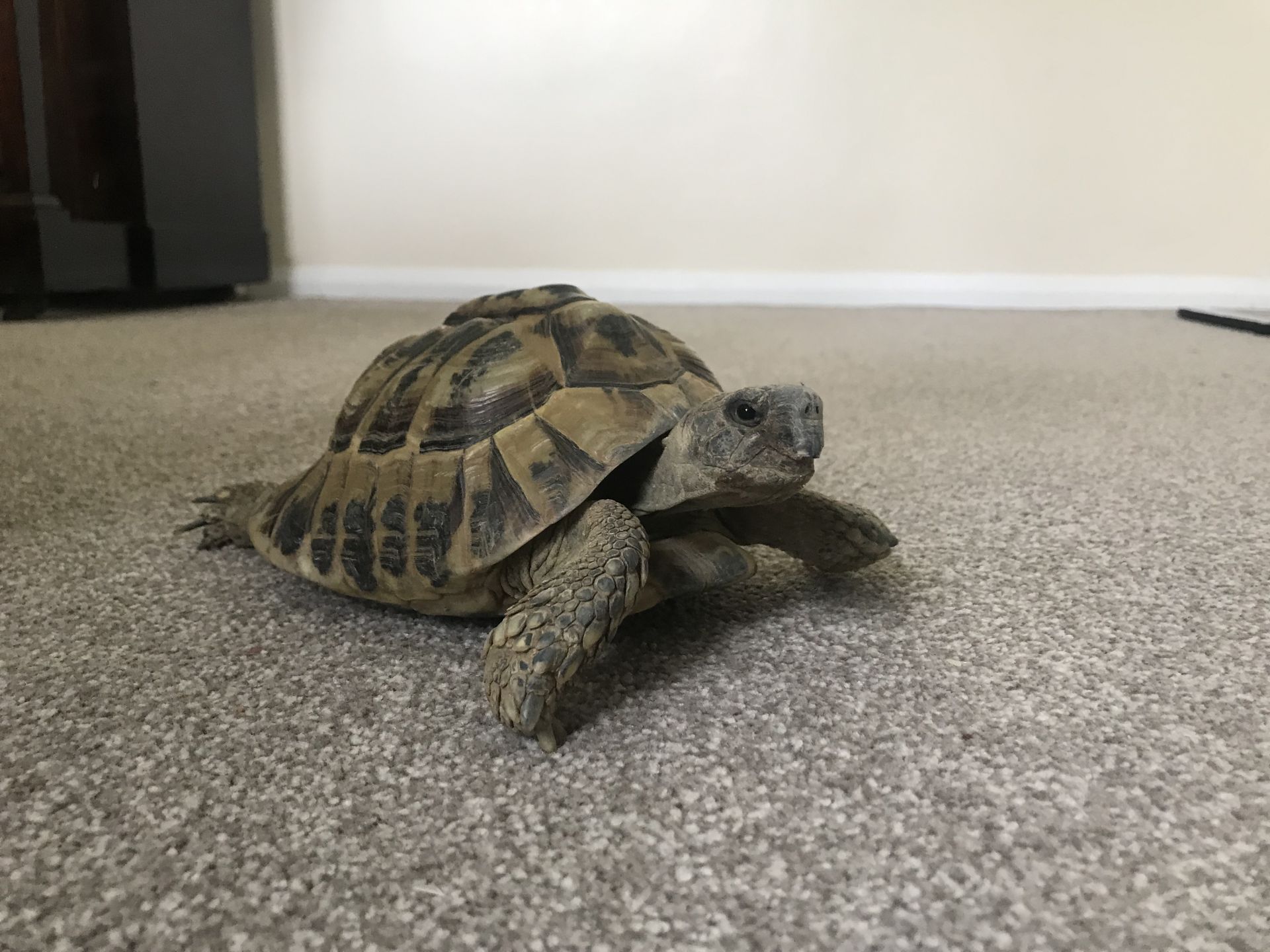 ‘What, what, that tortoise is nothing to do with me. I’m not doing that!’ Plus much more was said. I then calmly but smugly with the air of an opposing politician pointed out that there is a rota pinned up by the tortoise house. Off he went to inspect said rota and I just sat back and giggled along to the loud wails that came from the room. After the initial flat out refusals to do this new chore, I again calmly with a hidden glee explained to him that if he doesn’t comply his phone will be confiscated for 24 hours. Off he stomped! 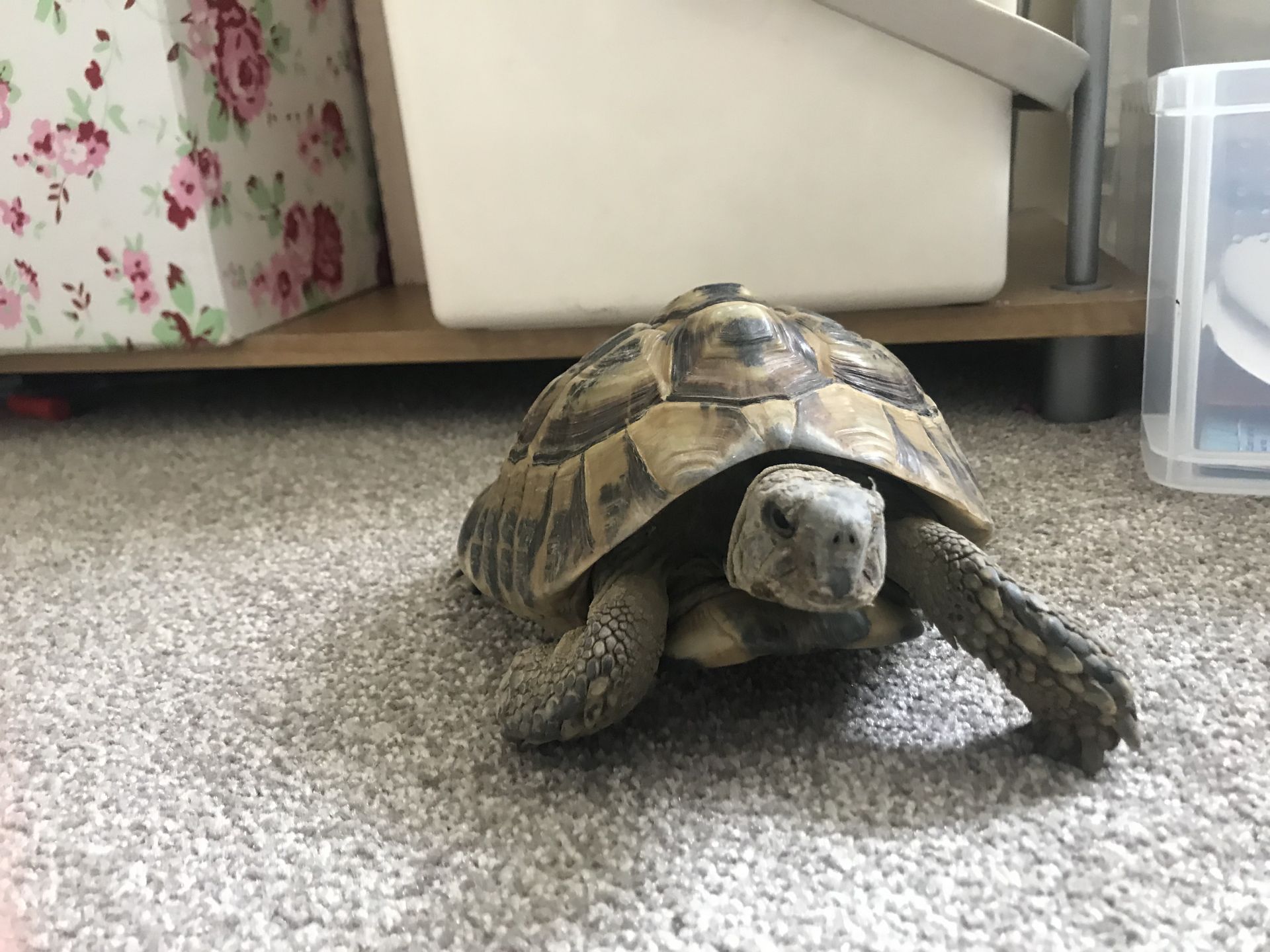 You see there is more to it than just trying to get our own back on him. It’s about getting him to not just become absorbed in himself and try teach him to be more caring and responsible. Caring for a pet is a great life lesson and we’re hoping a bit of a character building exercise for him.

Now if you spotted the title of this post and saw that it had the word teething in it. Well strangely enough a few days later he came to us with four, sore, hanging on by a thread big baby teeth. I ask myself has his glimpses of real grumpy teenage behaviour down to the fact he has a set of sore molars? Do teens teeth as badly as toddlers? Is this why toddlers and teens have such a bad reputation? I don’t remember myself teething so late as a teenager or ever reading any parenting info citing the problems of a teething teen? Maybe I’m clutching at straws but he explained that they’ve been niggling away at him for days now. 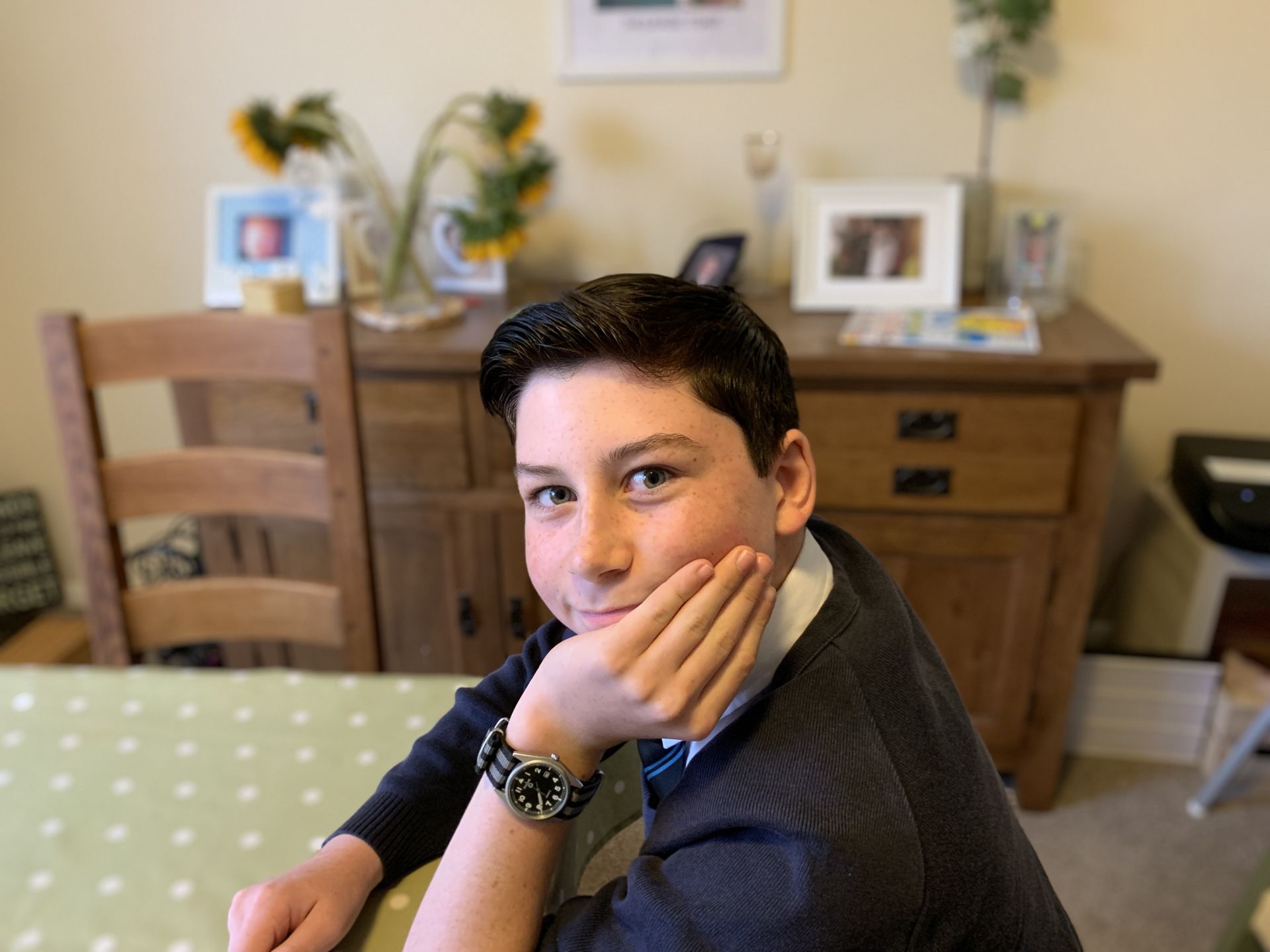 We’re pretty confident that our teething teenager will have a spell of pleasantness soon again and we will hopefully see a bit more empathy from him and some more of the lovely qualities that we know and love. But in the meantime the teething teen is getting more acquainted with our resident tortoise Tommy. Here’s to all the Ts in our house; Tommy and the teething teenager !

7 responses to “How to Torment the Teething Teenager Further!”