One of the most awesome parties we have thrown for our kids, a joint splat party. In other words it’s paintball for kids – it’s slimey, messy and great fun for all!

We held this party outside in December! (mad, yes!) however it was a party that will be remembered. We erected a tent with 2 tables and filled two large military thermos boxes  with hot dogs and each child had a party bag with their lunch in – crisps, drink and cake. Also supplied was an urn with tea/coffee and hot dogs for the grown ups as this encouraged parents to stay and was more hands on deck! 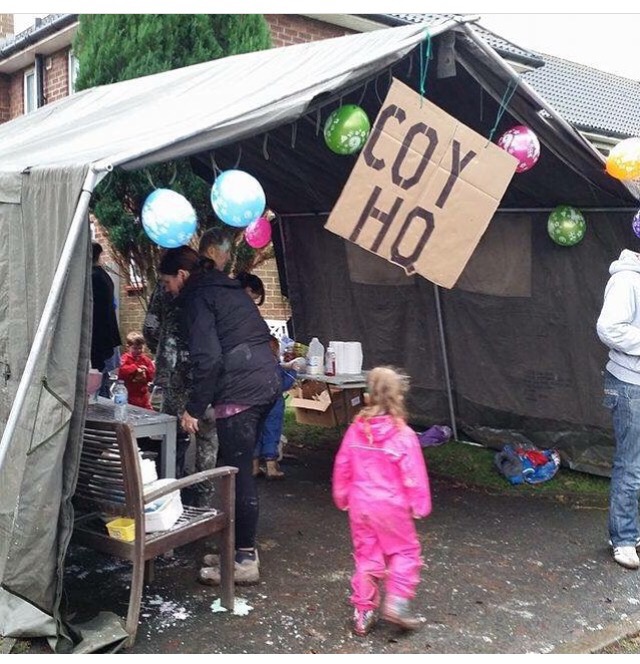 The game is 2 teams, red or green distinguished by red/green bandanas (old fitted sheets just ripped up) plus war paint. 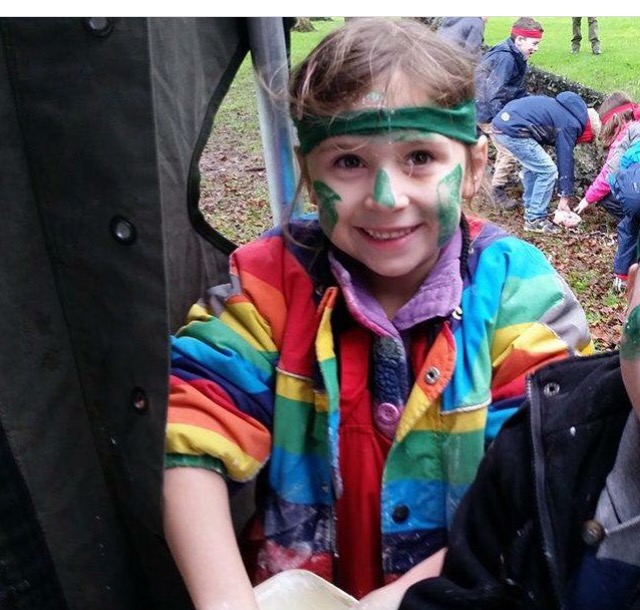 We had saved old ice cream tubs for months and each child got given a packet of cornflour (cheap to bulk buy)  and access to the red/green paint. They had a great time making cornflour gloop to a consistency they could use to splat with! This bit took a little supervision/mucking in by all. Dougie with the help of Finlay and some older ones took charge of all the children, building bases for each team with sticks etc and marked the base by red/green flags. Co-ordinated by Dougie battles commenced, and the object of each round was to defend your base, splat each other and advance to be the 1st to gain the opposing teams flag.

To entertain further there were targets to throw at and two piñatas. 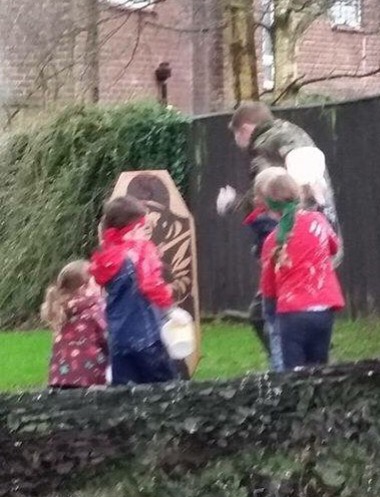 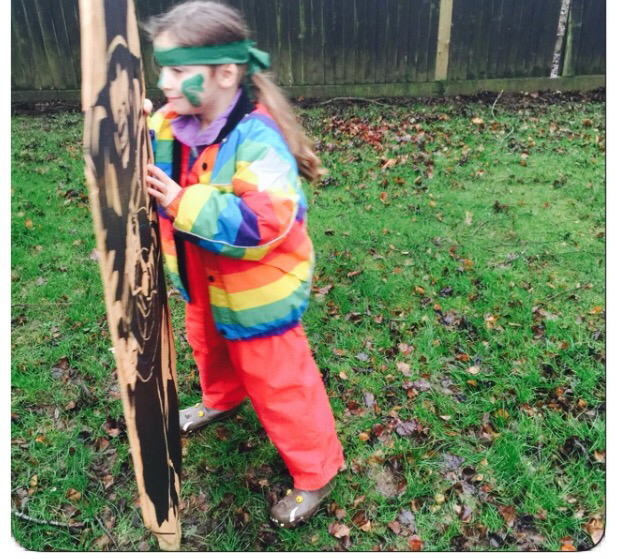 This is a party for a real outdoor family it was really good fun on a small budget, just make sure waterproofs and old clothes are advised on the invites!