What our Children are Reading this November 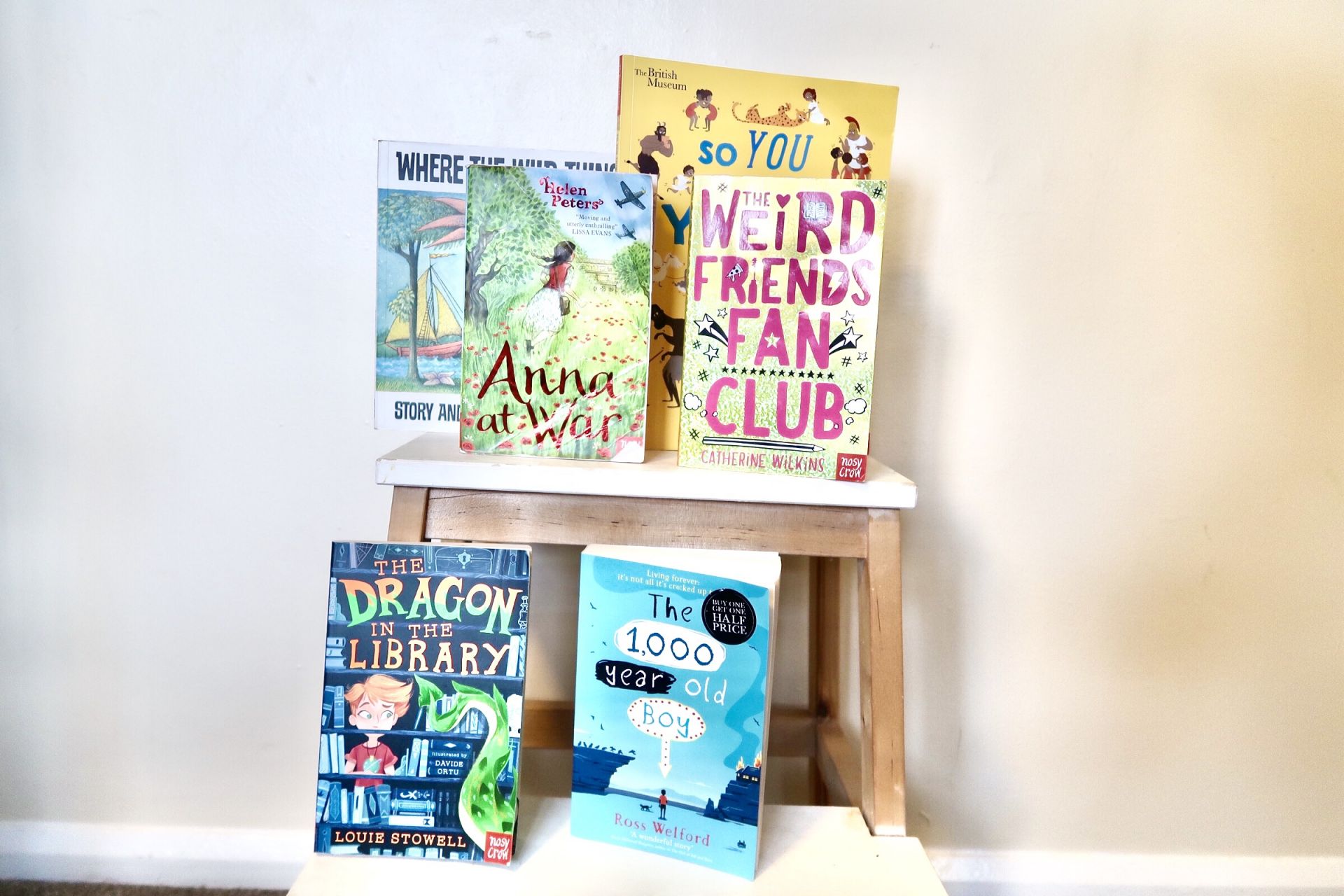 We have had a month or two of very seasonal reading with the little ones, there are so many beautiful Autumn books that we were spoilt for choice.

Alongside our seasonal reads Teddy has had his first dose of a David Williams story, a little grown up for him on reflection with some of the language and humour but nonetheless he enjoyed listening to the tale of Ratburger.

The older two have been reading a few books that they will be sharing with you and they have as always summed up their thoughts on the story and offered out their own advice on who they feel the book should be pitched at.

disclosure Some of the books in this post have been gifted for the purpose of an open and honest review and have been reviewed by the children themselves.  The gifted books are marked with a * 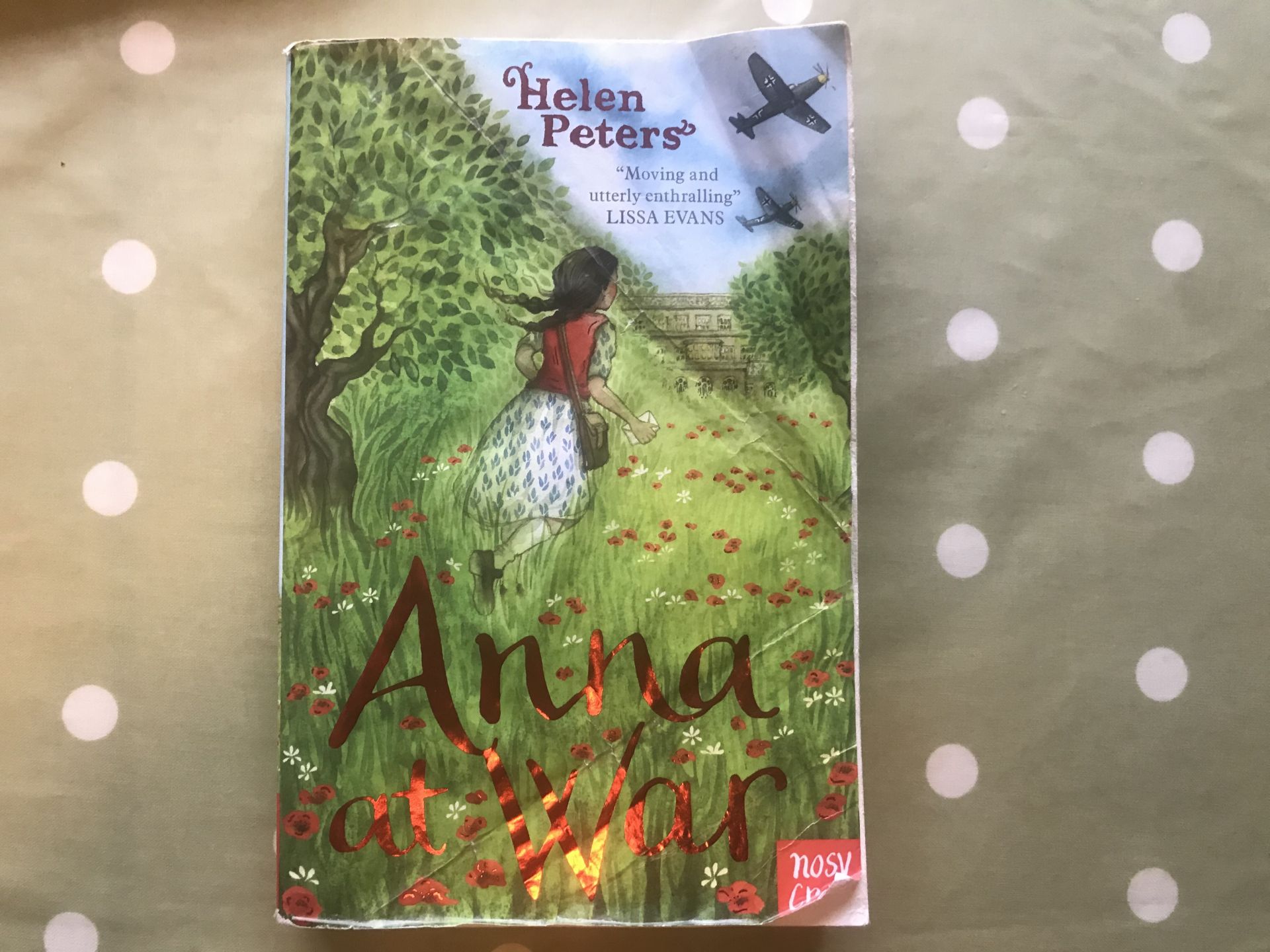 Anna at war, was by far one of  the best books I have read, It’s about a 12 year old jewish girl, who lives in Germany with her Mum and Dad. And as the war soon begins, her parents make the wrong but the right decision,  to send her to the countryside (in  England).   Anna goes to live with a foster family, as Germany is no longer a place for a jewish child during what seems like an everlasting war.  When in England the danger really starts to begin when the germans invade and take over Kent. Anna worried sick about her parents stuck in Germany, tries to get a job for them which seems like the only option, but how?  Living on a farm more danger is handed to her when an unexpected visitor is found . . .   This book is perfect for readers aged 8-13 years old who are looking for a change in genres and or are interested in history and the war.

*So you think you’ve got it bad? – A kid’s life in Ancient Greece by Chae Strathie -Marisa more. The British Museum and Nosy Crow 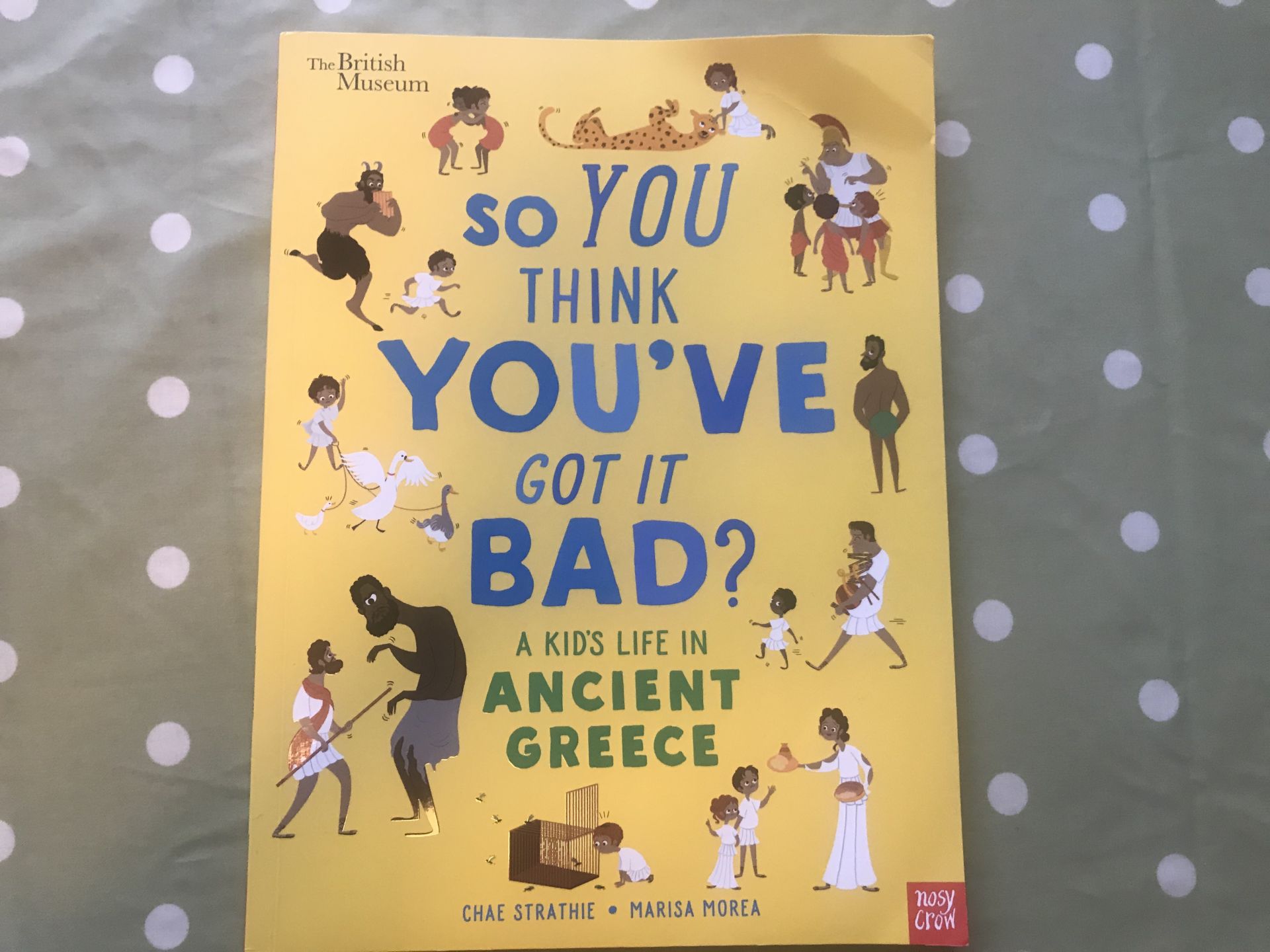 I have already read So you think you’ve got it bad – A kid’s life in Ancient Egypt and really enjoyed it,  so I was keen to review another fun history book. Did you know that  Greeks only ever wore tunics covering their bare bits, every family needs a pet or seven! The Greeks favourite pets were dogs, ferrets, geese, swan, cheetahs and monkeys. Would you like to do a number two in a clay pot? Or have a clay pot bath with a slave helping you wash? Or write on wooden tablets using a bone or metal stylus (a bit different to tablets nowadays)   This book is for readers aged 5-8, I would say it’s more 6-10 years old.  It’s a really fun way to learn a lot of history facts about the past. 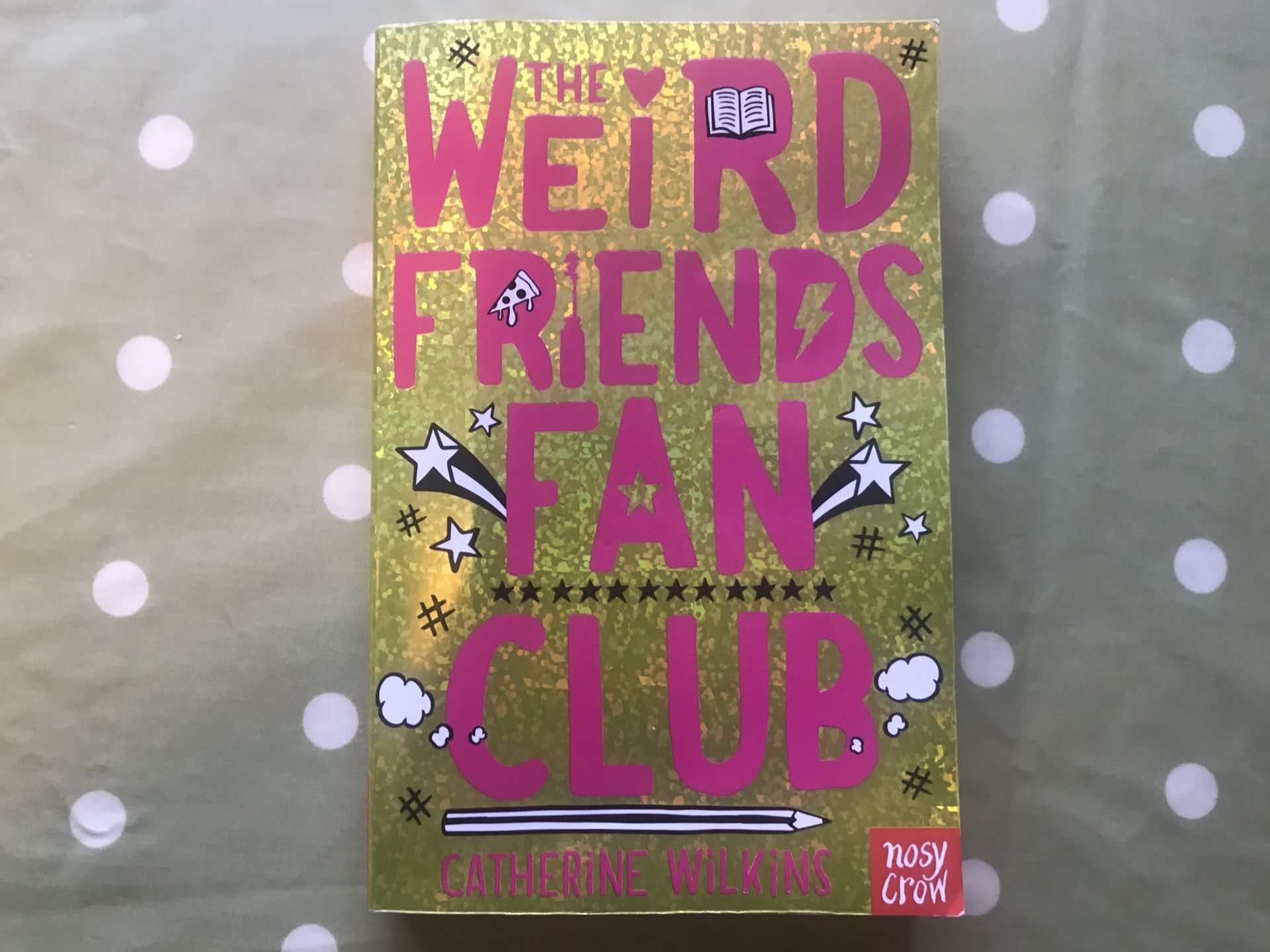 This book is a very girly book about two very different people. There is Erin who has a monobrow and is quite poor, and there’s Grace who is a pretty girl from a lot of money and is popular.  Thrown together for a English project (which nether of them are happy about) they soon realise that it wouldn’t be so bad to become friends.  How will Erin’s one friend (Nic) and Grace’s many friends cope with complete opposites becoming besties.  This book shares their feelings of feeling lonely and wanting their old friends back?  How will the story end for the #weird friends.  I likes this book as it’s humorous and true to life.  I think ages 8-11 years old would appreciate this very fun book.

A compelling novel filled with many emotion from love, humour and wit to sadness and death. Alfie a 13 year old boy based in the North East in Anglo Saxon times.  When all that he knows is destroyed by the viking invasion, he uses life pearls to keep him and his cat living forever.  1000 years later and plenty of regret, he needs to reverse the life pearl spell by finding another pearl which doesn’t exist.  He strives to find a way to start living life for real. A very unique read with characters who come to life with several shifts in the narrator perspective. Younger readers may find the storytelling complex but also has the potential of teaching them something about narrators and complexity in a story line. I would pitch it for ages 10-14 years old. 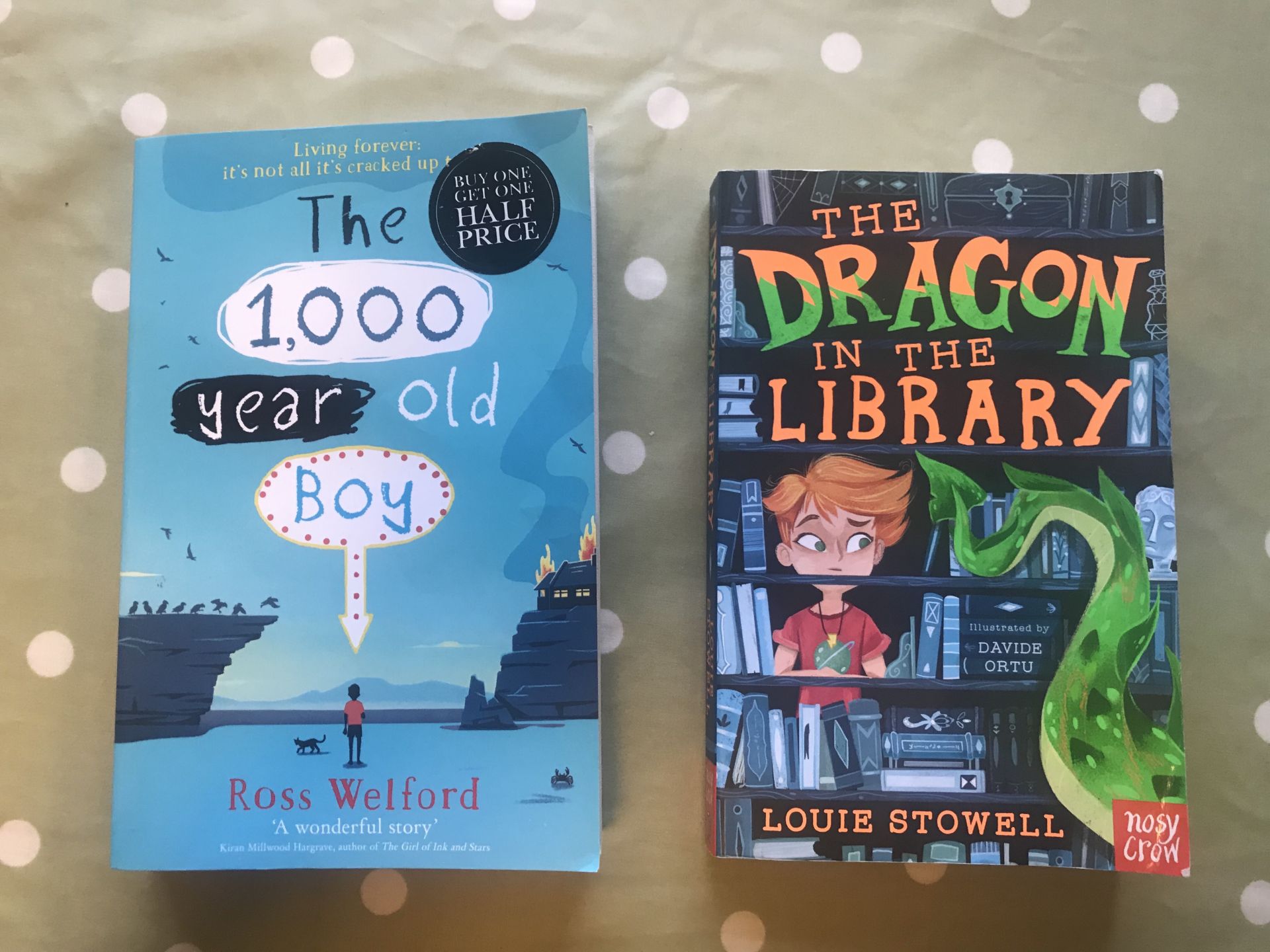 •The Dragon in the Library – Reviewed by Finlay

This adventure Children’s book is pitched at ages 5-8.  I really felt that this book would be more appealing to ages 7-10 and that it is too grown up for my brother who is age 6.   The main character Kit is a very adventurous girl who find reading dull unlike her two best friends Josh and Alita who can always be found in their local library.  One boring day when Kit gets unwillingly dragged into the library and whilst they’re deep in reading, Kit stumbles upon a special, magical book which usually is only for wizard folk.  In comes a character Faith the librarian who is far from dull and not any ordinary librarian.  Transported into several magical worlds they need to save the library and the world from what lies beneath!  I really enjoyed this book and will be handing it down to my brother in a year or two when he’s ready to read it.

Where the Wild Things Are – Maurce Sendak 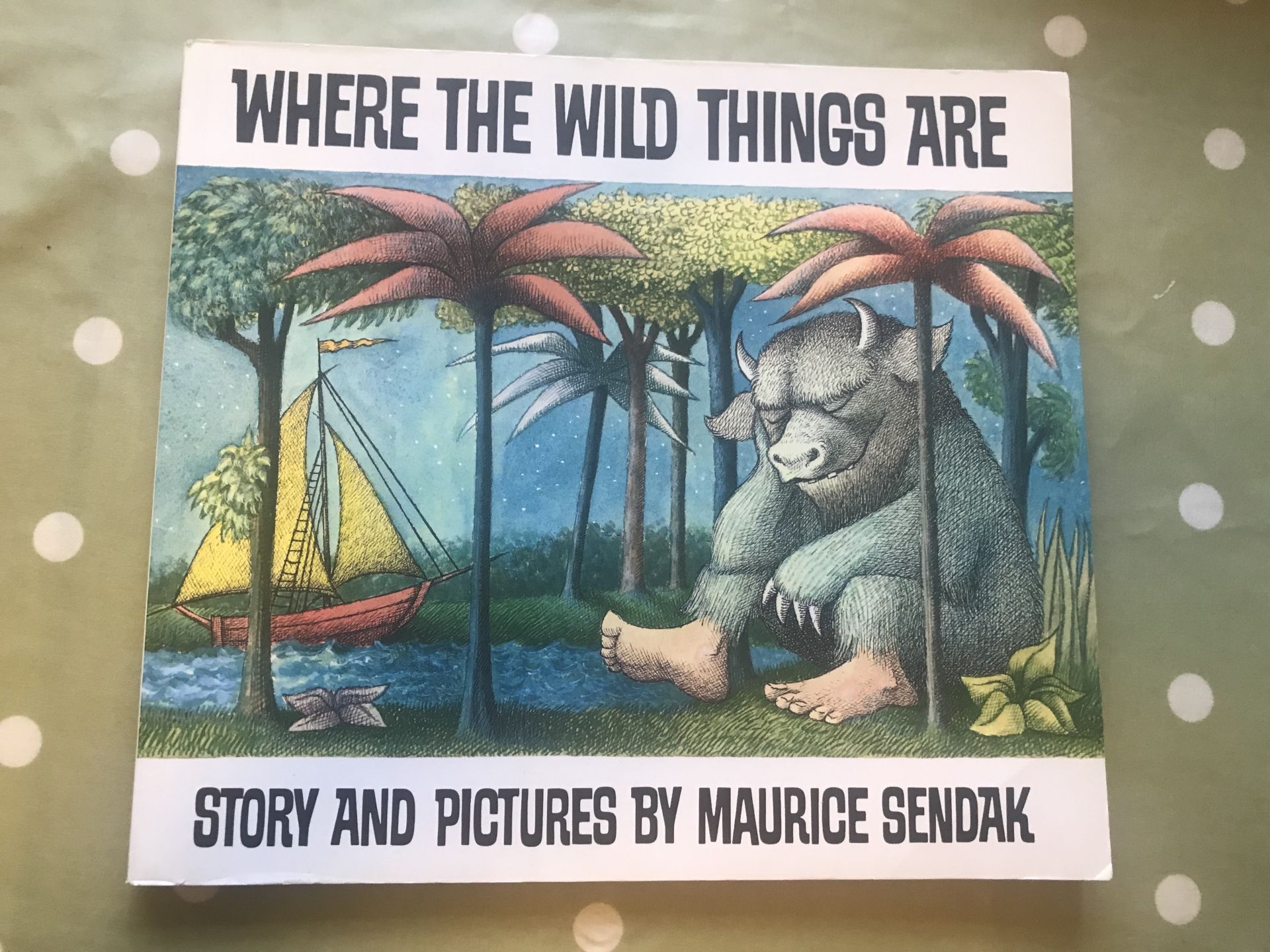 An old favourite for us that we are rediscovering with Florence after sharing it with all of our children.  It’s a perfect book to share with her after Halloween has left her with a love of dressing up and even more mischief, this book seemed perfect.  Max gets sent to bed after causing mischief for his Mum whilst wearing his wolf suit.  Sent to his room and left bored his imagination wanders to wild lands. Setting sail in his boat he reaches the place where the wild things are.  He tames these slightly sinister yet jovial creatures and send them into a wild rumpus! They soon become tired and leave Max feeling lonely wanting home and his supper.  I think preschoolers and young children will really let their imagination run loose when sharing this book.

The Usborne Book of the Moon

Teddy (aged 6) had been asking lots of questions about the Moon.  So I loaned this book rom the local library.  Well it fuelled his curiosity even further and asked for this non fiction book several nights in a row.  Full of myths, legends, science and facts it’s just perfect for mid primary school aged children. The book also mentions lesser-known figures in western history and takes us through history, highlighting the work of early moon photographers and then through to the famous Space Race. I  learnt several new moon facts and myths myself whilst reading it to him!

What we are reading – Library update

What We Are Reading Round-up!

How to help a Hedgehog and protect…