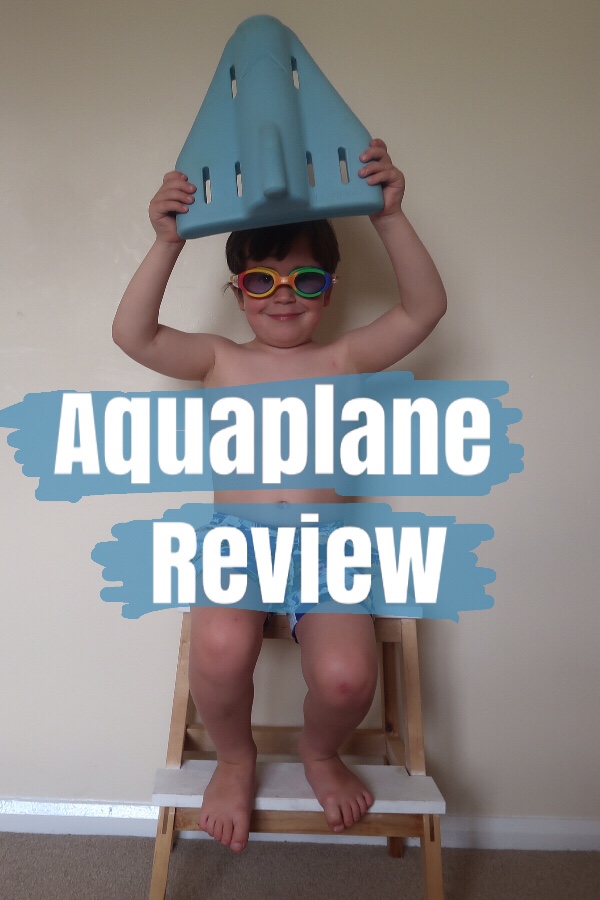 The countdown is officially on for our summer holiday in Devon.  One thing for sure is that we plan to swim as much as we can whilst there. We plan to swim outside in the sea and outdoor pool as much as possible and with an indoor pool for cloudy holiday days we will still be getting in two swims a day.  For us swimming is no mean feat with 4 to keep our eye on, the older two still needing the odd glance to make sure they’re not diving or bombing too precariously! And then the littlest member of the family is such a fish she thinks she’s already a swimmer, slightly scary but wonderful all the same. Then we have Teddy who is our slightly less confident 4 (nearly 5) year old, who is so close to being able to swim unaided but just hasn’t had the confidence up to now.

We were kindly sent the aquaplane to review.  For those who haven’t come across one of these before, the aquaplane is a  clever multi functional swimming aid developed by an experienced professional swimming coach, Chris Shore.  Chris wanted to create a swimming aid that could be used by both parents and teachers. The Aquaplane is first worn as a back-float to develop the most important learning factor, confidence.  Aquaplane’s design encourages the correct swimming position and allows freedom for your child’s arms to be used.  As I said, it is multifunctional so it’s uses don’t just finish with the first stage of swimming. The Aquaplane has a wider surface area, which gives the child much more support on their back for when they move on to doing the back stroke.  Then as the child is ready you can simply remove the straps, turning Aquaplane into a streamlined kick-board that the child can hold onto, helping them build on that confidence and perfect their strokes.  It can be used to perfect all 4 strokes, what a genius piece of kit! 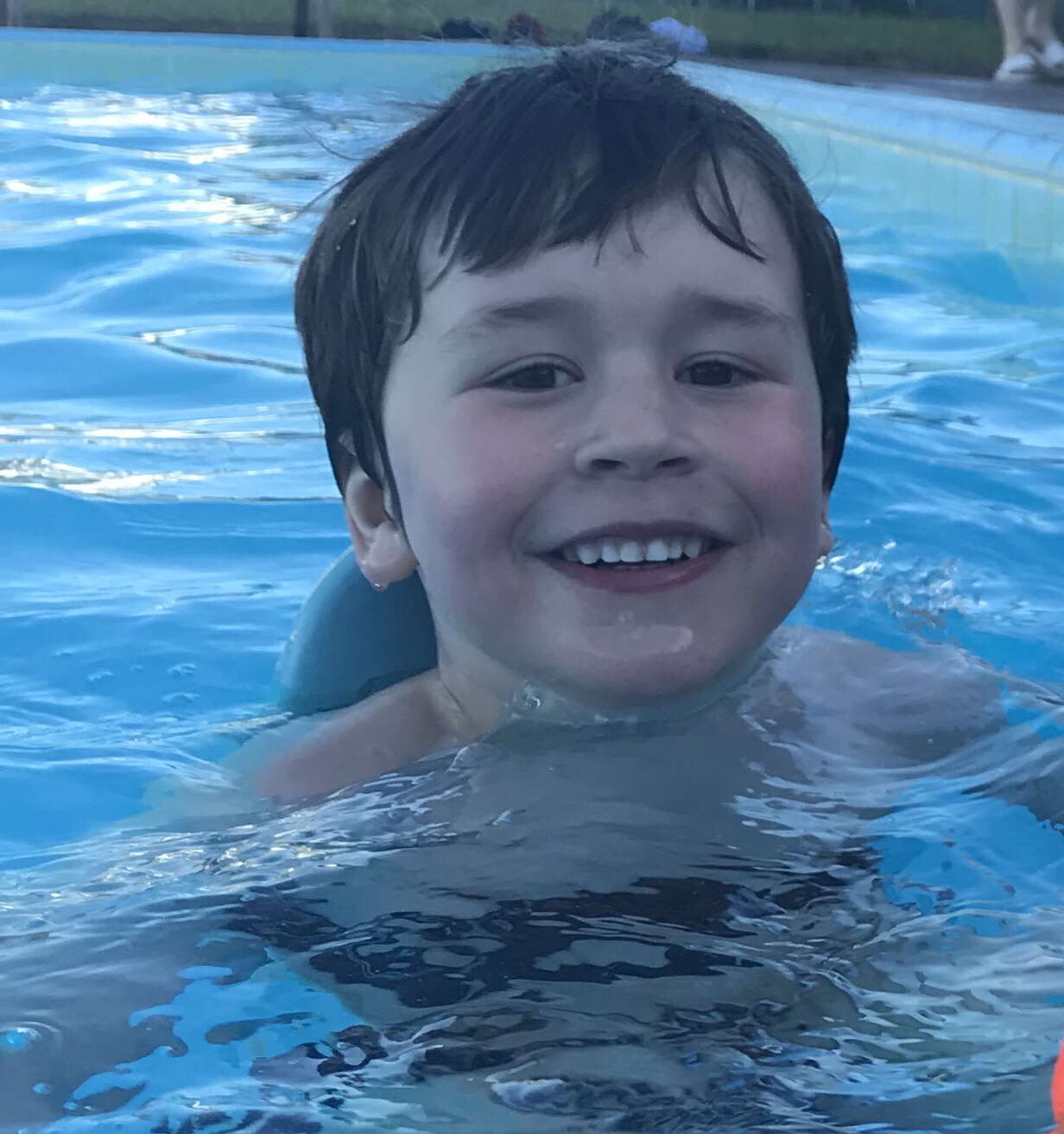 Our experience using the Aquaplane: Teddy has always been nervous letting go of his old swimming aids but with a quick explanation from me as to how it works and the fact that this this would be his very own ‘jet pack’ he was keen to just get in the water wearing it.  First off I was instantly pleased with how much freedom the aquaplane allowed him.  I could really help him use his arms to his full potential and work on his swimming position.  As for Teddy he was so chuffed with himself for hitting the water straight away and being able to swim around me and his little sister, he was determined to keep at it.

Teddy starts Reception in September; he will also be starting swimming lessons in September and also school swimming lessons in January.  So we really wanted his confidence to be up there ready for lessons.  We will be working on using the aquaplane throughout the summer and I’m in no doubt at all that this great functional swimming aid will be the turning point on Teddy’s swimming journey.   It has already given more confidence in helping him get into a better swim position.  The aquaplane is most definitely multi functional as my older two also enjoyed using the aquaplane as a kick board, so they too will be encouraged to work on some key strokes in the pool in Devon.  And as for Florence, no doubt as soon as she can grow into it, she will be motoring around the pool in her brother’s jet pack!

As I said previously, this float was sent to us in exchange for a parent tester review.  As always these are my own honest opinions.

100 Things to do this Summer

How to Make a Nature Paintbrush –…

Ad- McDonald’s Happy Readers are back with…

PREVIOUS POST
"Easy Activities To Do With Kids This Summer!"
NEXT POST
"Yorkshire Lavender and the Rolling Pin Bakery"

8 responses to “Our Swimming Essential this Summer- Aquaplane Review”